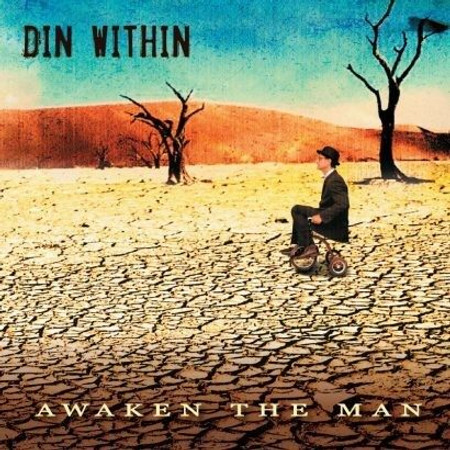 SKU:
UPC:
FREE SHIPPING:
to all 50 US States

In 2007, my good friend Josh Sager and I released a progressive rock album under the name Din Within. It was something we had been working on for some 5-6 years, we composed the music, wrote the lyrics, and performed and recorded almost all of the parts ourselves, between the two of us.

Despite our humble aspirations, the album actually garnered a fair bit of success - it won several awards from respected progressive rock radio and press (Top Ten Progressive Rock Release of 2007, Debut of the Year) and received lots of great reviews, worldwide. We were even invited to contribute a track for a Yes tribute album, which we did provide - our heavily updated take on "Changes" from the 90215 album appears on Tales from the Edge - A Tribute to the Music of Yes, from Mellow Records of Italy.

With a hybrid sound – equal parts classic art rock and modern AOR – Din Within creates music that is intellectually interesting, yet comfortably accessible. Their full-length, eight-song debut covers a lot of ground – from epic instrumental passages to short format ballads, even some fully orchestrated endings that might be at home on a Broadway or West End stage – and there is no shortage of influences you can pick up in Din Within’s music. But it’s all tied together with crisp, virtuosic playing, "vocal harmonies that are a work of gold," and thoughtful lyrics from start to finish.

We recorded the majority of the album in my own home studio, Digital Din (which moved twice during recording!) and I personally mixed and mastered the album with Josh's assistance. The artwork is all original and professionally done, and the CD package was pressed and printed professionally (no cheapie burn copies here.)

MSRP:
Our Low Price: Special Price: $14.98
Regular Price
A Play-Along book/CD set can be a great way to practice and learn the popular songs of your favorite genre. This set is focused on Swing Favorites, and features a great song list of popular songs...

MSRP:
Our Low Price: Special Price: $15.99
Regular Price
A Play-Along book/CD set can be a great way to practice and learn the popular songs of your favorite genre. This set is focused on Standards, and features an amazing list of big band arrangements...

MSRP:
Our Low Price: Special Price: $16.99
Regular Price
A Play-Along book/CD set can be a great way to practice and learn the popular songs of your favorite genre. This set features the songs of Count Basie, and features 10 arrangements that you'll be...

MSRP:
Our Low Price: Special Price: $21.00
Regular Price
This is a very cool idea -- wish I'd thought of it! This little device is the cure to dreaded "spouse comments about holes in carpet" as well as dirty looks when you spike your bass into somebody's...