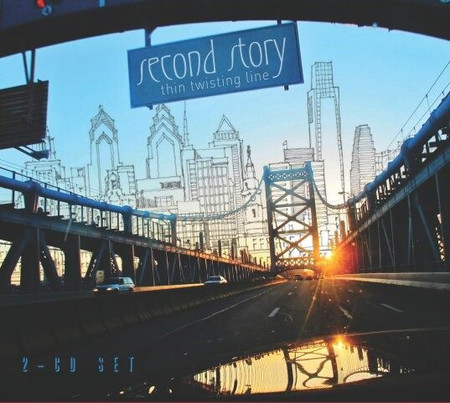 Buy in Quantity and SAVE! 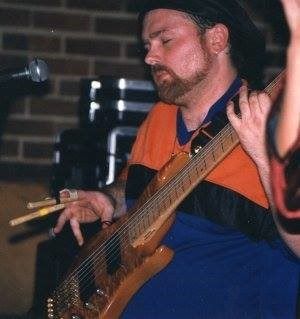 From 1996-2004, I (Mark, your host at Gollihur Music) wrote, recorded, and performed music together with a quintet called Second Story. I played electric bass guitars of all sorts (6-string, fretless, 12-string) and with lots of cool toys (MIDI bass, Tony Levin's Funk Fingers, distortion and other effects, and more). We also had equally creative players on the other instruments, with inventive and talented players of guitar, keyboards, and drums. Our female vocalist had a fantastic voice, and a very expressive and varied approach to each song, too - from whispy ballads to full-throated rock.

We created a swirling blend of pop, rock, progressive, AAA and electronic styles; a unique "musical soufflé" which generally defies comparison to other established musical groups. With a four capable and experienced singers in the band, we felt that our finely honed vocal blend was our most recognizable asset. But, we were also known for our finely orchestrated arrangements, which often featured unusual playing styles and instruments.

Thin Twisting Line is the long-awaited second album from Second Story. Original recording sessions began in 2001, but many unfortunate roadblocks and delays befell the band, which meant that it was not released while we were still performing.

In late 2019, a new, renewed focus to finally release our masterpiece led to what you see here: our sophomore album, meticulously mixed, professionally mastered, and featuring stunning, contemporary artwork. We were proud and excited to release this album on March 3, 2020, as it is the ultimate culmination of all of our original efforts and intentions.

Thin Twisting Line travels through many moods; we touch upon the majesty of nature in "Wrapped in the Arms of Mountains," sadly work through the ironies of what the heart wants in "Clay," wrestle with sour grapes during a breakup in "Truth Is…", and re-examine the childhood wonder of a snow day in "Light and Silence." There's also an unflinching tribute to the immensely talented Kevin Gilbert in the closing track, "Dishonest."

Featuring guest musicians, tight production, and even a few "Easter eggs" for our longtime fans, I feel that this album could become one of your new favorites.

This package comes in a 6-panel full-color printed cardboard case, and includes a multi-page insert with the story of "how we got here." The package includes two discs – Thin Twisting Line, and a newly re-mastered version of our self-titled debut album, with an updated version of the song "Voices" (with additional orchestration and featuring new lead vocals by Danielle, recorded in 2019) as well as a bonus track: our version of Queensrÿche's "One and Only" that we recorded for an unreleased tribute album.

All told, there's over 2 hours of music between the two included album releases.

The discs are factory duplicated (properly pressed and screen-printed, not cheapie burned CD-r discs with stickers) and both CDs were also professionally mixed and mastered. The packaging is top-rate, the sound quality is stellar, and I think (and hope) you'll really like the music, too.

All music written and performed by Second Story (except "One and Only," licensed through the Harry Fox Agency). Recorded at Indre Studios, Philadelphia, 2001-2002. Produced by Second Story and Mike Ian. Mixed by Mike Ian. Mastered at The Mastering House. CD Duplication by DiscMakers. Album Art by John Lopes.

MSRP:
Our Low Price: Special Price: $8.00
Regular Price $12.00
In 2007, my good friend Josh Sager and I released a progressive rock album under the name Din Within. It was something we had been working on for some 5-6 years, we composed the music, wrote the...

MSRP:
Our Low Price: Special Price: $14.98
Regular Price
A Play-Along book/CD set can be a great way to practice and learn the popular songs of your favorite genre. This set is focused on Swing Favorites, and features a great song list of popular songs...

MSRP:
Our Low Price: Special Price: $15.99
Regular Price
A Play-Along book/CD set can be a great way to practice and learn the popular songs of your favorite genre. This set is focused on Standards, and features an amazing list of big band arrangements...

MSRP:
Our Low Price: Special Price: $8.00
Regular Price $12.00
In 2007, my good friend Josh Sager and I released a progressive rock album under the name Din Within. It was something we had been working on for some 5-6 years, we composed the music, wrote the...