It's not what they were designed for, but here's how to do it.

The electric upright basses from NS Design have become one of the more popular options for bassists, and for good reasons. Ned Steinberger's clean, modern design aesthetic is attractive and ergonomic. 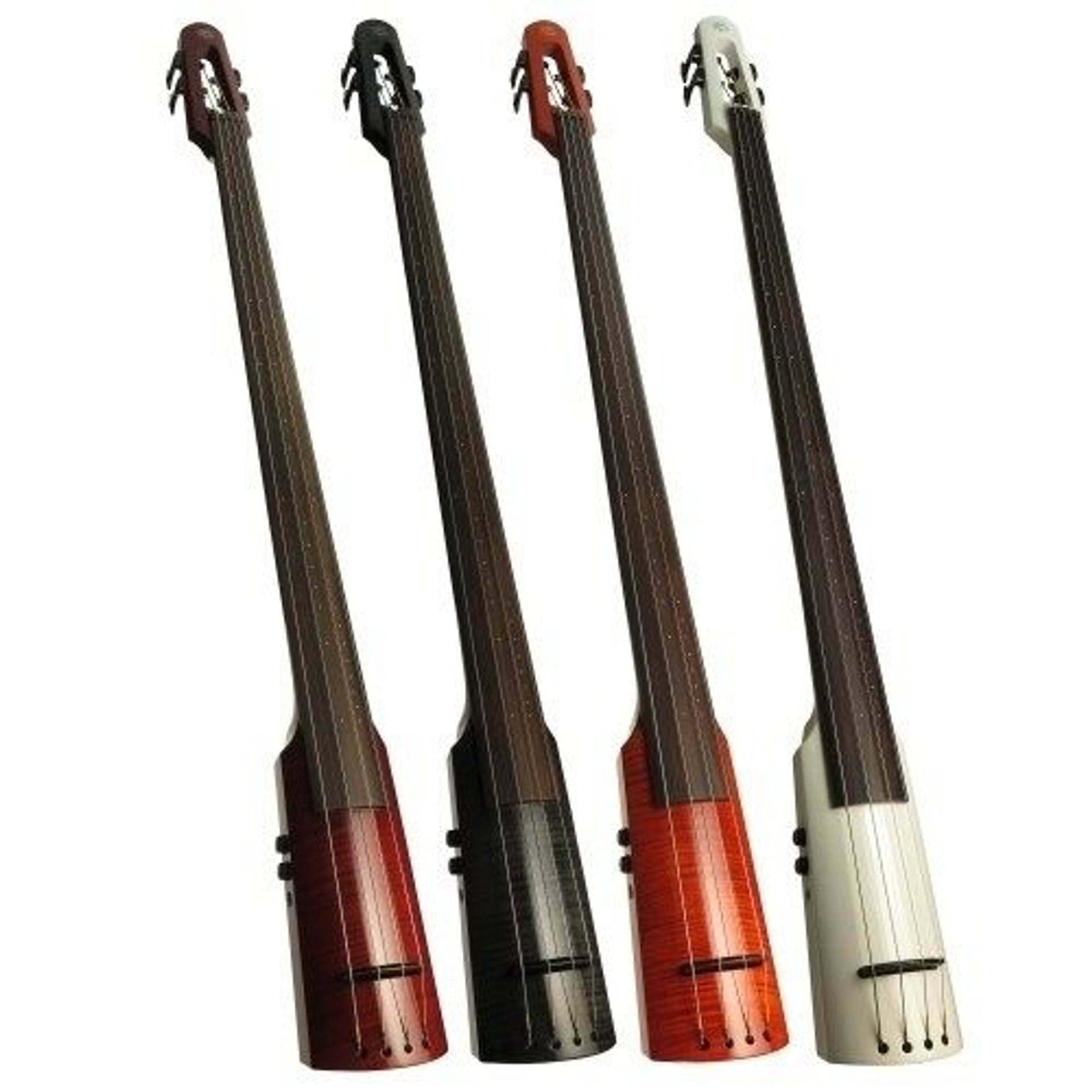 Are they a perfect "portable" substitute for your full-bodied acoustic upright? No, not really. And I suspect that they weren't really intended to be. The way I read it, Ned wasn't trying to "recreate the upright" in a smaller footprint - his impulse is usually to reinvent, rather than re-hash. So I feel like he was shooting for a new, "crossover" instrument that merges some of the best features of both an electric bass guitar and an upright - something that bridges the gap between them, creating new, exciting tones and playability options previously unavailable on the two.

And in that, he succeeds, brilliantly.

But... for many of my customers, that's not what they want. As traditional doublebassists, the desire for an electric upright stems from wanting a more portable instrument that can be used to "sub in" for their inconveniently massive acoustic double bass - maybe to use for a casual gig, a tight pit orchestra for a stage show, or for rehearsals.

Maybe you're one of those players. If so, read on.

So there are three major things that I think will help you to get that more "authentic" upright sound from your NS Design WAV, NXTa, or CR model electric upright bass. Here they are:

Here's my philosophy on the subject: The best any EUB could hope to achieve would be to sound like a double bass with a pickup on it. Since the NS Design basses are tightly constructed and are solid-body instruments, their habits lean towards a more electric sounding bass (more sustain, more string detail, that sort of thing.) The OEM/stock strings (NS Electric "Contemporary") don't help; they're fairly un-upright-like in my opinion. In my experience, using strings which pull it towards a more URB-oriented sound (quick decay, short sustain, a more blunt attack to notes, almost a gut-string-like vibe) will effectively counter-balance the electric nature of the bass.

Two strings which I have personally tried and found success with are the Pirastro Obligatos and the D'Addario NS Electric "Traditional" Strings. Both have a darker, less defined tone which sounds great on my personal NS Design Bass, and both strings fit its bass-guitar-sized tuning machines. I have the Traditional strings on my personal bass and like them quite a bit; I've also strung up several customer's basses with the Obligatos.

For what it's worth, the NS Electric Traditional strings are made by shortening the afterlength of D'Addario Helicore Orchestra strings, so if you have a set of those lying around, they are a great choice; to string them up, you simply pull the ball ends from the holes (at the bottom of the bass) up to the "keyholes" in the back plate, which accommodates the extra length at the bottom of the strings. This is also how you can string up most any other 3/4 size upright bass string set.

A more recent discovery that really makes a difference is the NinoMute, made by Nino Ocampo and distributed by Nordstrand. It's a simple, but very effective way to provide a bit more of the "damped" response that gives a more "real upright" sort of timbre to the tone. Just check out this quick and simple video, which we recorded here in the shop. It's using the stock "Contemporary" strings, too - it works even better with one of the string options mentioned above!

One other thing that might help - NS Design sets up the basses with VERY low action. Too low, in my humble opinion. (It's probably to bolster the confidence of the electric bassists who try the bass when it's on display at your local guitar superstore.) I raised the action a little on my personal bass, and that alone improved its sound quite a bit, because I could PLAY it more like a real URB.

And that's the key point - play it like a real upright. Use the "meaty" side of your finger to pluck, not your fingertips. Those big long strings need to get moving for real. To get that "big" URB sound, the strings need enough clearance to be plucked with vigor - and enough room to "bloom" without buzzing against the fingerboard. And playing it like that will bring a more blooming tone from the instrument. It all starts with your hands!

So, there you have it - how to make an NS Design electric upright sound more like an upright. That's my personal take - obviously, strings and tone are very subjective, but I hope my comments provide a little insight to help you along. If you have suggestions that might add to the conversation, please let me know!